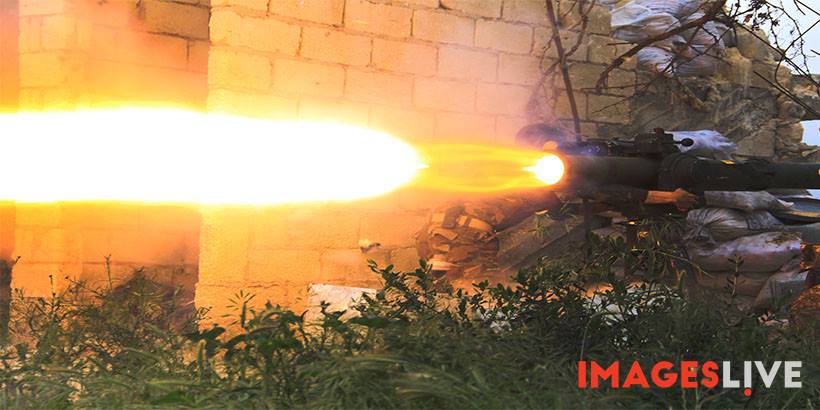 Aleppo, Syria, 12/04/2016. Clashes are currently taking place between the Free Syrian Army and the regime Army in the eastern outskirts of Aleppo. Fighters from the Free Syrian Army fire rockets at the regime’s positions during the clashes. The regime is targeting the Al-Castelo area using artillery, snipers and is also shelling the only road that is left that leads to Aleppo. The Free Syrian Army is fighting heavily to maintain this road in order to prevent the complete siege of Aleppo.