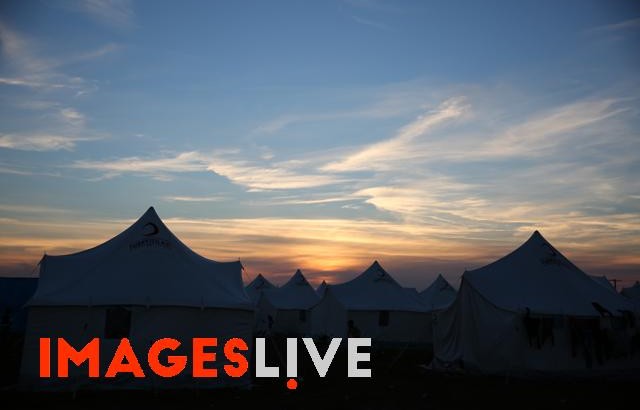 Families evacuated from the Al-Waer neighbourhood in the town of Homs settle down in a camp in the outskirts of the town of Jarabulus in the Aleppo Governoratein northern Syria, on the border with Turkey. The evacuation has been part of a deal between the Syrian government and the opposition rebel forces to resettle families from Homs, which has been under a government siege since 2013, to the Aleppo and Idlib governorates.
Photographer: Juma Muhammad/IMAGESLIVE