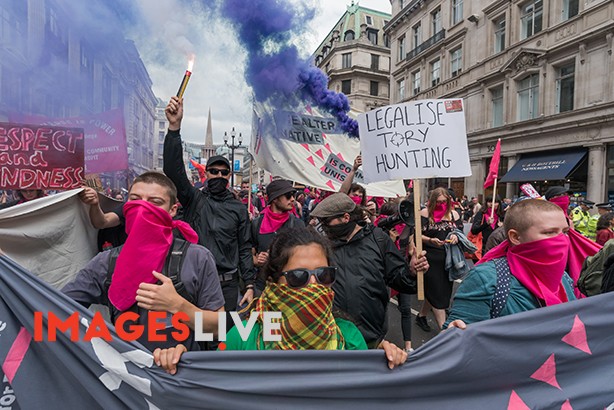 London, UK. 1st July 2017. A large march met at the BBC and marched to
Parliament Square calling for Theresa May and the Conservatives to go.
Her snap election failed to deliver a majority and we now have a
government propped up the DUP, a deeply bigoted party with links to
Loyalist terrorists and bribed to support her. The election showed a
rejection of her austerity austerity policies and the Grenfell Tower
disaster underlined the toxic effects of Tory failure and privatization
of building regulations and inspection and a total lack of concern for
the lives of ordinary people. The protesters, many of whom chanted their
support of Jeremy Corbyn, say the Tories have proved themselves unfit to
govern. They demand a decent health service, education system, housing,
jobs and living standards for all.