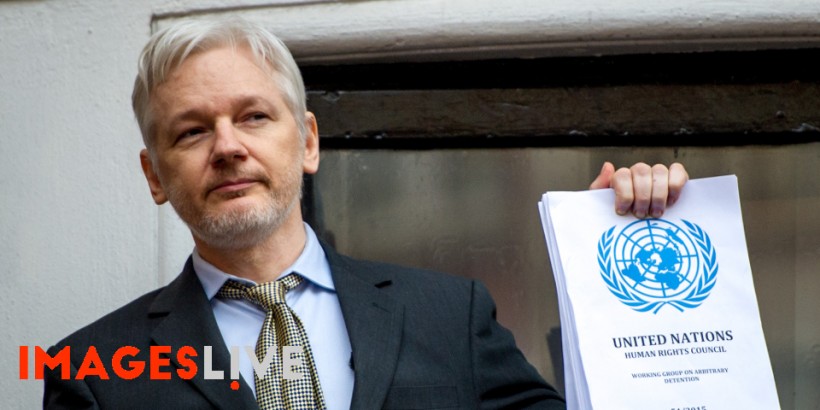 London, UK. 05 February, 2016. Julian Assange, Wikileaks founder speaks from the Ecuadorian Embassy in London were he has lived since seeking asylum there after a European arrest warrant was issued against him in 2012. Assange’s appearance comes after a UN Human Rights panel concluded that he had been “arbitrarily detained” and should receive compensation from the British government.