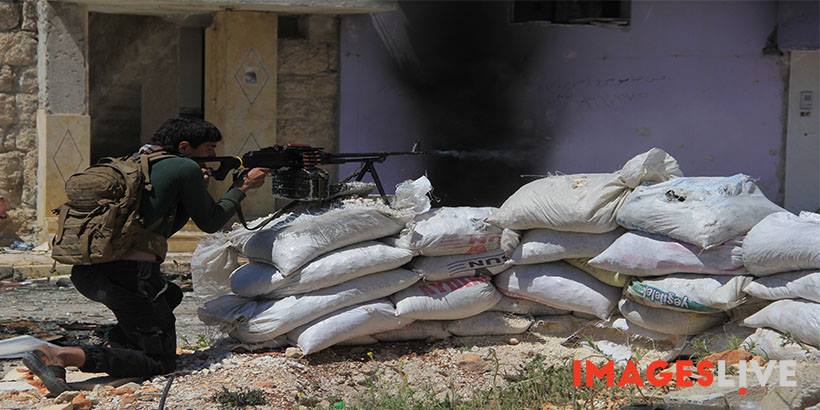 A source from the rebels side mentioned to Images Live that Russian planes have taken part in the battle and that barrels bombs and cluster bombs have been used in the fighting.

The regime forces had previously advanced in large areas in the Handarat refugee camp in its surroundings. The regime forces were supported in doing so by heavy airstrikes, artillery and rocket fire.

By advancing in this area the regime forces aim at reaching the Al-Castelo road, the only artery connecting the town of Aleppo to its countryside. If the regime and the Kurdish forces reach this road, Aleppo would be completely under siege.

A military source has mentioned to Images Live that 28 soldiers from the government forces were killed, among them a number of Hezbollah and Iranian and Iraqi militia soldiers. The same source told IL that three rebels were also killed. A media activist was injured during the fighting. IL was unable to verify the exact number of casualties incurred by both sides.