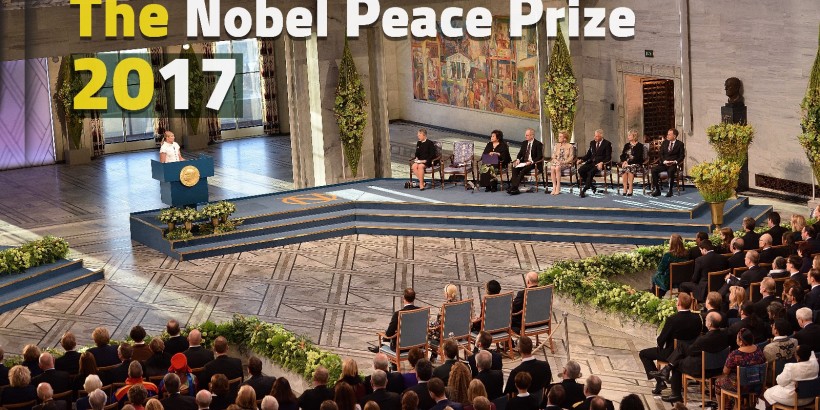 Beatrice Fihn, the executive director of the International Campaign to Abolish Nuclear Weapons (ICAN), and Setsuko Thurlow, a Japanese woman and ICAN campaigner who survived the 1945 atomic bombing of Hiroshima, receive the 2017 Nobel Peace Prize at the Nobel Peace Prize Award Ceremony in Oslo. At the event, Fihn warned that mankind’s destruction is just one “impulsive tantrum away”, and Thurlow recollected the horrific aftermath following the Hiroshima nuclear explosion. The Norwegian Nobel committee decision was taken on the basis of ICAN’s efforts to stigmatize and eliminate nuclear weapons, and to push for an international treaty to ban them.