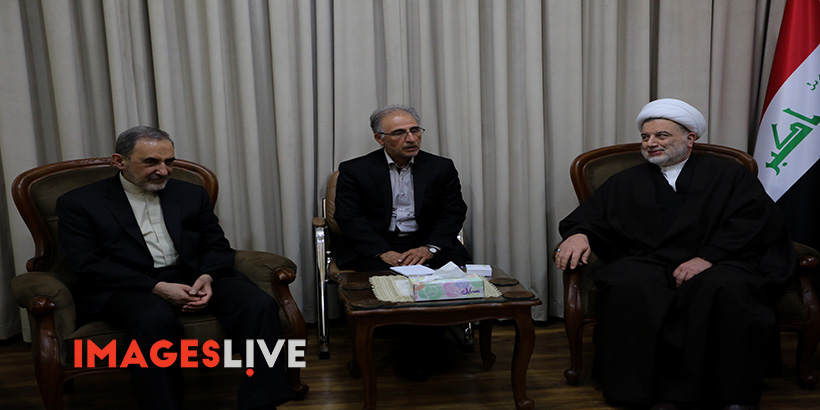 Baghdad, Iraq. 18 February 2018. Ali Akbar Velayati, senior adviser to the Leader of the Islamic Revolution in Iran, meets with Sheikh Humam Hamoudi, member of the Council of Representatives in Iraq and leader of the Supreme Islamic Iraqi Council, at the Conference on Islamic unity in Baghdad. During the conference Velayati warned of the efforts by the US to create a new Middle East starting from dividing Syria and by preventing unity among Muslim countries. He added that the Resistance Front would eventually expel the US forces from the eastern part of the Euphrates.