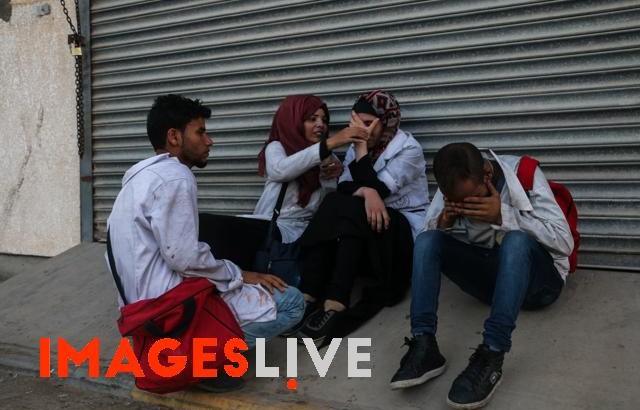 Family and friends say goodbye to 20 year-old paramedic Abdallah al-Qitati, shot dead by an Israeli soldier during today’s Great March of Return protest on the east of the southern Gaza city of Rafah. Since March 30, hundreds and sometimes thousands of Palestinians have gathered every Friday on the Gaza eastern border with Israel in demonstrations calling for the lift of the Israeli blockade on Gaza and for their right to return to the homes and land their families were expelled or fled from during the 1948 Arab-Israeli war. Since the Return March began, more than 150 Palestinian demonstrators have been killed by Israeli gunfire while 16,000 have been injured. One Israeli soldier has been shot dead by a Palestinian.