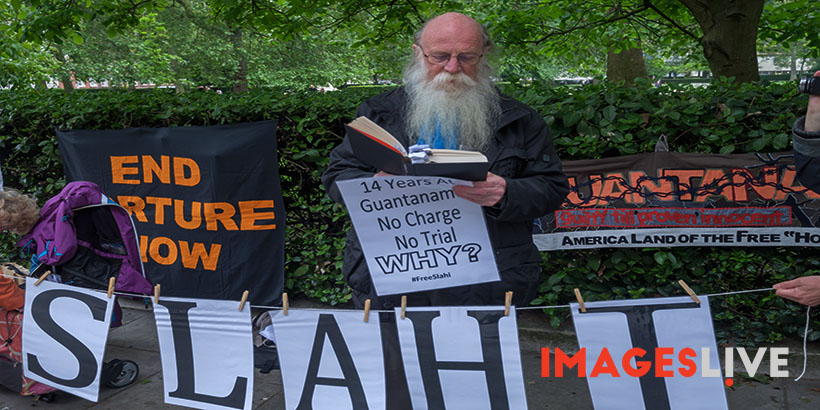 London, UK, June 2nd 2016. Today’s monthly ‘Shut Guantanamo’ protest at the US Embassy in London featured readings from the heavily redacted best-selling ‘Guantanamo Diary’ by Mauritanian prisoner Mohamedou Ould Slahi, arrested following an identity mistake in 2002 and subjected to savage beatings, death threats and sexual humiliation in Guantanamo detailed in his 2005 book. Still held in Guantanamo, his case comes up for review today. He has not yet been allowed to read his own book.