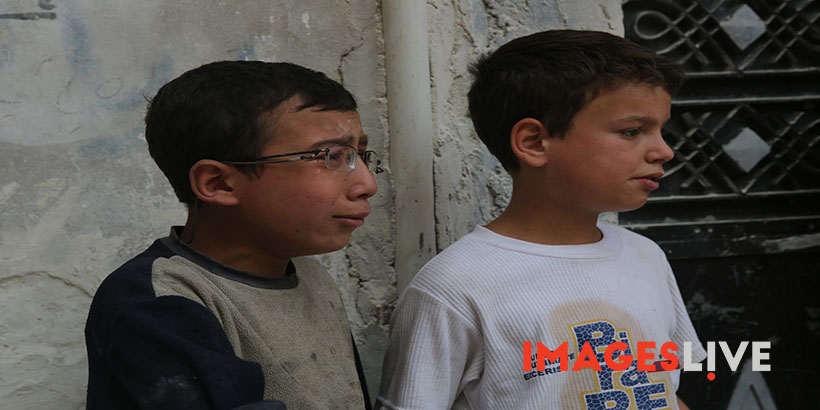 Aleppo, Syria, 02 June 2016. A child cries after losing his family members in a surface to surface missile attack in the Al-Ameria area of Aleppo. The Syrian Civil Defence is trying to rescue two of his younger sibling, who are trapped under the rubble and it isn’t known whether they are still alive.

Today is the third day of intense shelling in northern Syria. The number of casualties keeps rising as the Syrian Civil Defense and improvised rescuers continue to pull out victims from the rubble.

Government fighter jets have continued the shelling the al-Castello road, a strategic link between Aleppo and its countryside. As a result it is extremely dangerous to travel through that road, which has been recently called ‘the road to death’. With the Al-Castello road being constantly targeted it is extremely dangerous to travel in and out of Aleppo. This in turn hinders the flight of refugees from Aleppo and make Aleppo and her million and a half inhabitants practically besieged.

According to UN estimates, a total of 592,000 people live under siege in Syria, the majority because of regime forces, in addition to 4 million due to their living in difficult to reach areas.