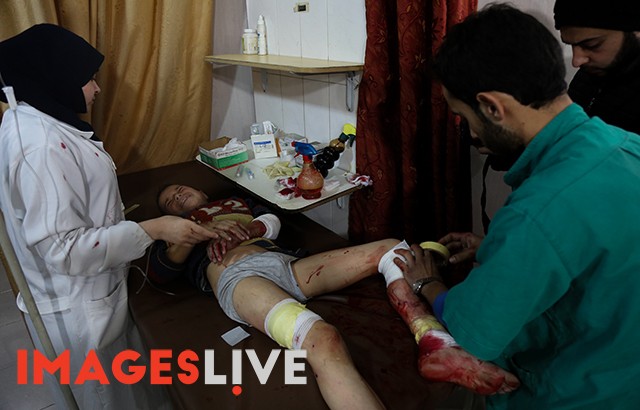 Ghouta, Damascus, Syria. 31th October 2017. A school in the town in Jisreen, in Eastern Ghouta, has been hit by an artillery shell believed to have been fired by the Syrian regime. The attack at the school was carried out as children were leaving it, and has caused the death of five civilians, including children, and the injury of dozens. Several wounded children were treated at the local hospital, some reporting severe injuries. The shelling in Eastern Ghouta has taken place in spite of a cease-fire in the area announced by the regime at the end of July 2017. Eastern Ghouta, which is an opposition stronghold on the outskirts of Damascus, has been under siege by Syrian regime forces since late 2012.