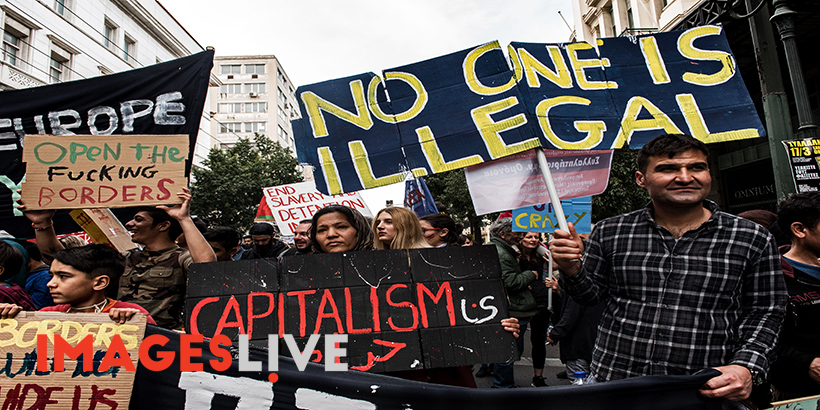 Athens, Greece, 17th March 2018. Citizens and refugees gather in Omonia square in Athens to attend an anti-racism, anti-fascism, and pro-refugees rally. During the march the demonstrators called for the opening of the European borders, and for refugees to be allowed to move freely from the Greek islands to mainland Greece and to Europe. They also called for the simplification and shortening of the asylum procedures, and protested against the EU’s migrant deals with Turkey and Libya.