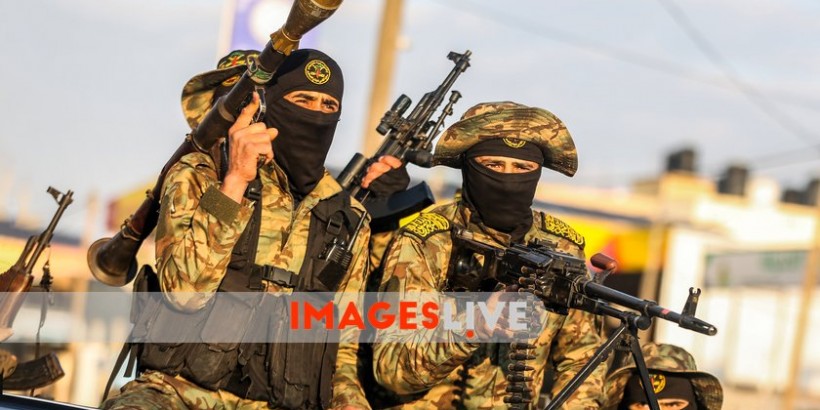 Gaza, Palestine. 05 January 2022. Members of the Al-Quds Brigades, the military wing of the Palestinian Islamic Jihad (PIJ), hold a military parade in Gaza City. The parade took place in celebration for the scheduled release of Palestinian prisoner Abu Hawash on February 26 by the Israeli authorities, in return for the ending of his fast. Hawash has refused food for months to protest being hold by Israel under administrative detention, without charges or trial.