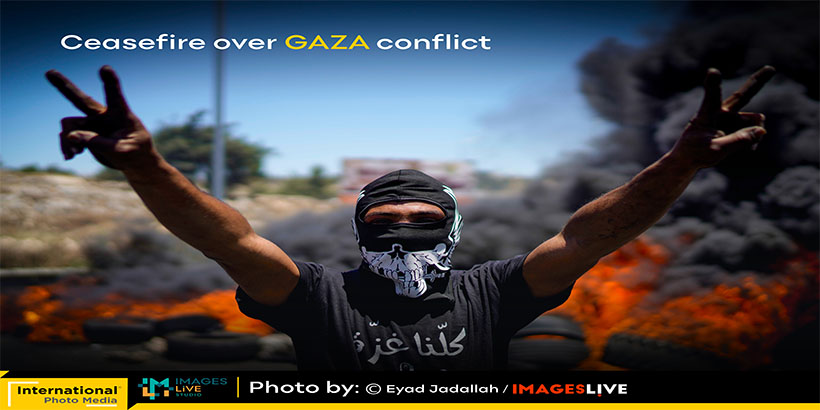 Ramallah, West Bank, Palestine. 21 May 2021. Palestinians in Gaza, the West Bank, and East Jerusalem celebrate a ceasefire after 11 days of Israeli bombardment of the Gaza Strip. The Israel-Gaza confrontation started on Monday May 10th, when rockets were launched from Gaza at Jerusalem after three days of Israeli police’s raids at Al-Aqsa mosque. The Israeli military immediately retaliated by pounding Gaza with airstrikes and artillery shells, in an escalation of violence between the two sides which led to the death of 248 Palestinians in Gaza, including 66 children, and to the injury of over 1,900. 12 persons were also killed by the rockets fired into Israel, with a few hundred being treated for injuries. In the meantime, capitals and major cities in many countries around the world witnessed demonstrations in solidarity with Palestinians. The bombardment in Gaza has also caused much displacement in addition to great destruction to civilian buildings and to the infrastructure.